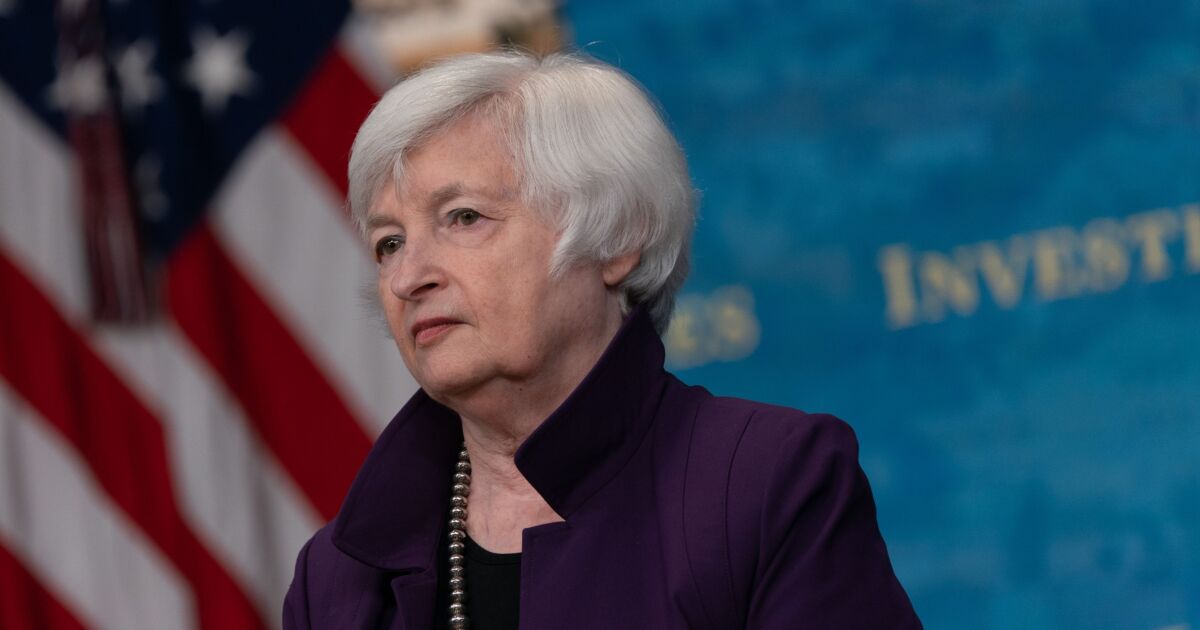 The Biden administration’s proposal to impose a global minimum tax on corporations has been facing pushback in Congress, with Republicans pushing user fees instead to pay for infrastructure improvements.

A bipartisan group of senators has proposed indexing the gas tax for inflation as a way to pay for an infrastructure plan, but the White House favors raising taxes on corporations to pay for its plan (see story). President Biden met with other world leaders in the G-7 last weekend, and they endorsed the idea of a minimum tax. The G-7 finance ministers, including Treasury Secretary Janet Yellen, agreed earlier this month on a global minimum tax of 15% on corporations as a way to curb tax avoidance.

Yellen defended the proposal during a Senate Finance Committee hearing on Wednesday. “We would not agree to any type of carve-out that would meaningfully weaken a robust global minimum tax regime,” she said, according to Reuters. “Not for China, not for other countries. We want this to work and not be filled with loopholes.”

However, Republicans in Congress are reluctant to change the 21% tax rate on corporations that was one of the major provisions of the Tax Cuts and Jobs Act that passed in 2017, even though many multinational corporations pay far below that rate.

“The United States enacted the most robust global minimum tax in the world in 2017,” said House Ways and Means Republican leader Kevin Brady, R-Texas, and Senate Finance Committee ranking member Mike Crapo, R-Idaho, in a statement in reaction to the G-7 agreement on June 5. “No other country has moved to enact a similar minimum tax since, and it remains to be seen whether any agreement will result in consensus from the United States’ biggest foreign competitors.”

Even if Congress does manage to pass the minimum taxes proposed by the Biden administration and the G-7, many multinational corporations are likely to still find ways to skirt them, although if they win support among the larger G-20 group of countries, it will be harder to find tax havens, especially among countries involved in the Organization for Economic Cooperation and Development, which has already developed an action plan to combat base erosion and profit shifting, known as OECD BEPS, and called for country-by-country reporting of taxes.

“Certainly among the countries around the world agreeing upon a fixed tax rate, there will be modifications,” said Tim Speiss, a partner in Top 20 firm EisnerAmper’s personal wealth group. He anticipates companies to look at the tax treaties they have signed with the U.S. and other countries. “Countries want to lure corporate enterprises to countries,” he said. “It’s a very logical endeavor. You want companies to come in and employ people, pay salaries, stimulate the economy, and of course you want them to pay taxes. What’s been happening for many decades, probably going back to the 1954 Internal Revenue Code and thereafter, is companies treaty shop, so they’re always looking. If you have a consistent rate around the world without significant loopholes, that really puts many countries on a level playing field. Without going into details country by country, there are many disparities around the world in the context of tax rates that are lower than 15% or are higher than 15%, and this is also all about fair trade, because you also impact employee salaries in the various countries if you’re able to drive corporate operations into countries. You can do a lot to stimulate local countries’ global economies.”

He also expects pushback from corporate America. “I would think a lot of companies that disagree with the idea are those that are probably able to get effectively lower global tax rates than 15%,” said Speiss. “These are business people and they’re entitled to invest in infrastructure in countries where they believe there’s a favorable business climate and favorable tax environment. There’s nothing wrong with that. But when it comes to the point where countries themselves become disadvantaged and they feel like they’re not in the loop, in the game if you will, of attracting corporate business investments and the employment that goes along with it, and the infrastructure improvements that come along with it, they feel left behind.”

Besides tax treaties, companies will need to examine the foreign tax credits they claim. “There’s intra-country foreign tax credits to be considered,” said Speiss. “There’s the definition of taxable income that would have to be considered. There would be a lot of international tax regimes and rules that would have to be looked at if that were to occur. I think the premise is all we know, that being a 15% global trading partner rate, but we need a lot of details to be cited.”

Multinationals will also need to consider the education of the local workforce before they shift operations. “That has a lot to do with it too,” said Speiss. “You have a lot of countries with very highly educated workforces that may be able to get the benefits of broader employment by corporations, so there are a lot of factors here.”