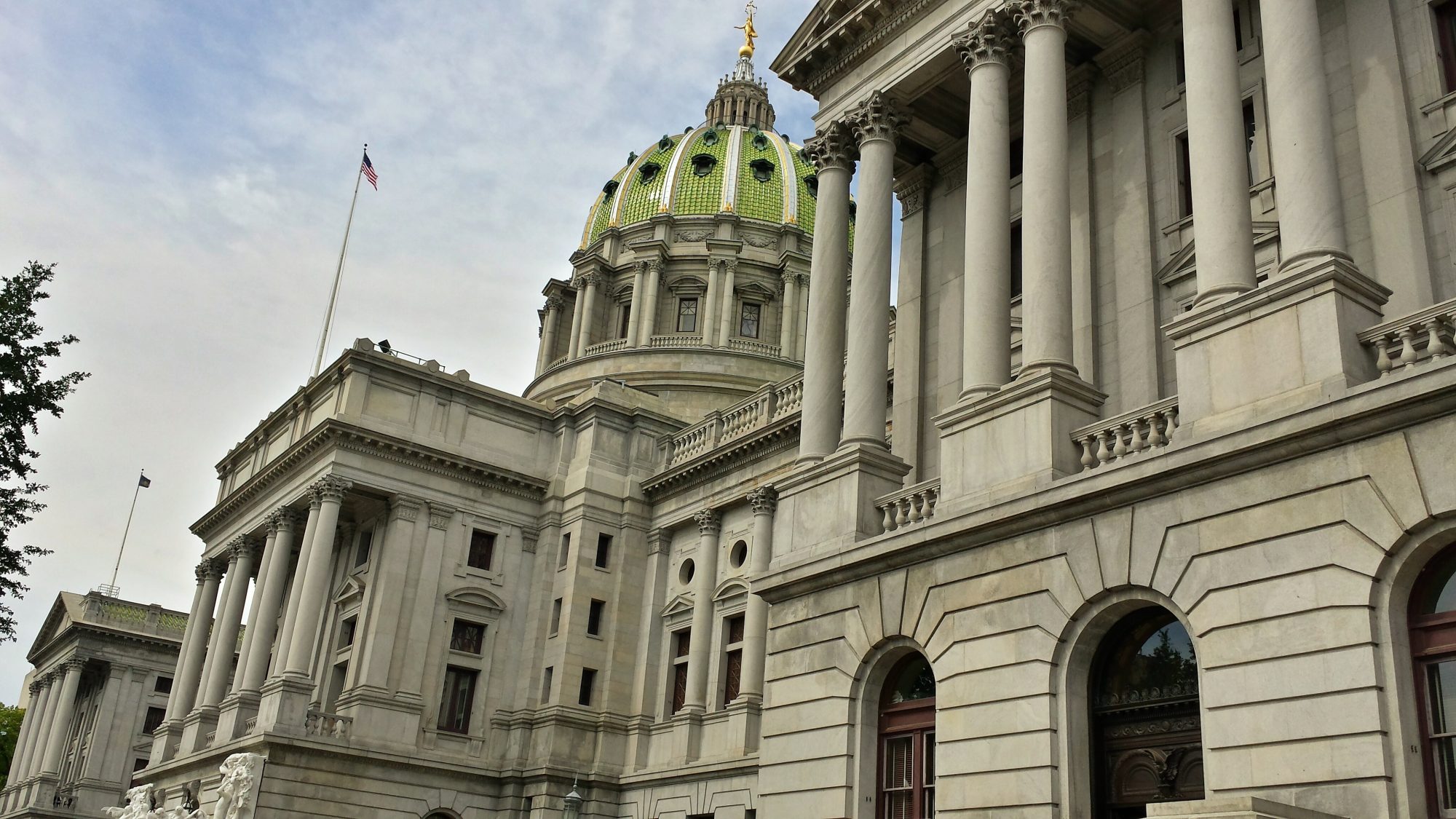 A vehicle miles traveled (VMT) proposal gaining steam in Pennsylvania would be the equivalent of a state gas tax of more than $2 per gallon, and that’s not all the Commonwealth is considering.

With infrastructure spending and taxation—both state and federal—the topics of the day, Pennsylvania’s recently appointed Transportation Revenue Options Commis­sion (TROC) has published recommendations for future funding of infrastructure in the state. TROC recommends phasing out the gas tax in favor of a high rate VMT tax as well as a number of smaller tax changes—including a $1 on all deliveries to the state.

Pennsylvania, which has the third highest gas tax rate in the country, is also one of the states with the highest reliance on revenue from gas taxes, which make up about 75 percent of their infrastructure revenue. This reliance on the gas tax—a tax base that is increasingly inefficient—is the impetus for the state to study how it can fund infrastructure in the future.

Pennsylvania’s Department of Transportation (PennDOT) projects that it currently has a budget shortfall of $9.35 billion, and if nothing is done, the Department projects that this shortfall will increase. Budget gaps are nothing new in Pennsylvania. In 2011, a predecessor to TROC estimated that the budget gap would be $7.2 billion in 2020. To close this gap, the state increased motor fuel tax rates significantly (the nation’s highest at the time), but even this, evidently, was insufficient to meet the Commonwealth’s transportation budget targets.

The TROC recommendations are a mixed bag, but the biggest proposed change is a switch from using gas purchases as a proxy for road use to using VMT as a tax base. This change makes sense, at least in the abstract, as the gas tax efficiency as a proxy for road use has declined with improvements in fuel economy and growth in sales of electric vehicles. While the plan phases out the gas tax, the recommendations constitute a significant tax increase, which lawmakers would be well-advised to offset elsewhere in the tax code.

The mileage-based tax would be 8.1 cents per mile and would raise just shy of $9 billion a year when the system is established, compared to the roughly $3.45 billion motor fuel taxes raised last. To put that in perspective, model year 2020 light-duty vehicles (cars, pickups, SUVs, and cargo vans) average 25.7 miles per gallon, meaning that an 8.1 cent per mile tax on the average 2020 car would be equivalent to a gas tax of $2.08 per gallon—almost four times the current state rate of 58.7 cents per gallon, and over three times the nation’s highest current rate (66.98 cents per gallon in California).

The state projects that the earliest a VMT system could be working is in five years, but it also acknowledges that it could easily take 10 years. There is good reason to be conservative: designing an equitable and effective VMT tax is no small feat as a number of trade-offs must be evaluated. Policymakers must choose between a simple but less effective tax and a complex but more effective tax.

Although a VMT tax would appear to be more sustainable compared to the current gas tax levy, it would likely incur higher enforcement costs for tax-collecting governments. Furthermore, a state going at it alone would increase complexity. Given that only vehicles registered in Pennsylvania would be part of such a system, the state would presumably need to continue to collect gas taxes from out-of-state drivers, while exempting in-state drivers from taxes at the pump or rebating those tax payments. State-level VMT systems would greatly benefit from a federal system to piggyback on—something TROC acknowledges in the report. A secondary VMT system for electric vehicles is projected to be in place earlier as these vehicles do not pay gas taxes.

A VMT tax could be implemented by either levying a flat fee per VMT or developing an advanced tracking system with different rates for different locations. A flat fee per mile based on vehicle weight measured by the odometer would be the simplest version of a VMT tax to administer and avoids most privacy issues. Odometer readings could be done at yearly inspections or by installing an on-board unit (OBU) that electronically transmits VMT to a central computer.

A simple fee per VMT should not be equal across all vehicle types but should be differentiated based on weight and number of axles. Road damage increases with weight of a vehicle but decreases based on the number of axles. Basing the rate on weight per axle encourages commercial truckers to limit weight per axle. However, the main problem with a simple solution is that a simple rate per VMT severely limits the ability of the tax to properly target the tax beyond simple VMT and weight per axle. For instance, the current issue of the fuel tax taxing non-public roads use (e.g., fuel used on private roads or for farming equipment) would persist. It also makes it difficult to secure proper apportionment between states, particularly if Pennsylvania were alone (or unusual) in taxing per mile.

Increasing the amount of detail tracked by the system increases the efficiency of the tax. The efficiency increases because basing the tax rate on several parameters would incentivize drivers to drive only when the benefits of the drive outweigh the cost. While including more parameters into the calculation of the tax rate could yield some positive results, it should probably only be pursued up to a point. Too many parameters would result in an increasingly complex tax design, which would make it less transparent. Beside increasing efficiencies, GPS tracking may also solve the issue of apportionment but only if all states implement the system. The flip side to increasing efficiency by increased tracking is privacy concerns. Handing over data about your vehicle’s location at all times is understandably unpopular, especially when that information is supplied to a government entity which may have less reason to resist a subpoena than, for instance, a private company like a cell phone provider.

Running a pilot program to better understand how to mitigate the issues described above has a lot of merit. Changes in technology necessitates that states consider the future of infrastructure funding. Continuing to rely on a user fee-based system is appropriate, and VMT taxes offer a direct way to tax road use.

Unfortunately, the recommendations from TROC do not stop at mileage-based fees. Many other transportation-related activities may become targets of taxation.

The report includes several new or increased taxes on different industries. For instance,

Last year, New York City toyed with the idea of charging delivery companies a flat fee per delivery to raise money for public transportation, but the proposal was never implemented. Thus, if Pennsylvania were to establish such a tax, it would be the first jurisdiction to tax delivery services.

While a tax of $1 per package may hurt companies such as Amazon and Walmart indirectly, it’s really a tax on the people who benefit from the competitive prices and convenience those and other online retailers often provide. And it is no small tax. TROC estimates that the tax would raise $780 million in the first year, increasing to almost $850 million in year five. The flawed design of the tax is illustrated by the fact that a delivery vehicle transporting a package from Maryland to Akron, Ohio, traveling on I-76, would not be liable for the delivery tax, whereas a vehicle delivering a package from Maryland to Pittsburgh, also traveling on I-76, would be taxed.

Pennsylvania would do better to rely on VMT taxes to raise revenue—at justifiable rates—rather than designing excise taxes for several industries, which ultimately will limit services and increase costs for Pennsylvanians. The intention of relying on user fees to fund infrastructure in the future is commendable. While federal lawmakers seem to have forsaken the benefit principle, the states should still fund infrastructure by taxing use of state roads.

NASA reviews private space station proposals, expects to save over $1 billion annually after ISS retires
In the blogs: Now the fun begins
The Good, the Bad, and the Ugly of the Ways and Means Plan
Millionaire taxes would increase 11% in 2023 under House Democrat plan
SALT break would erase most of House’s tax hikes for top 1%